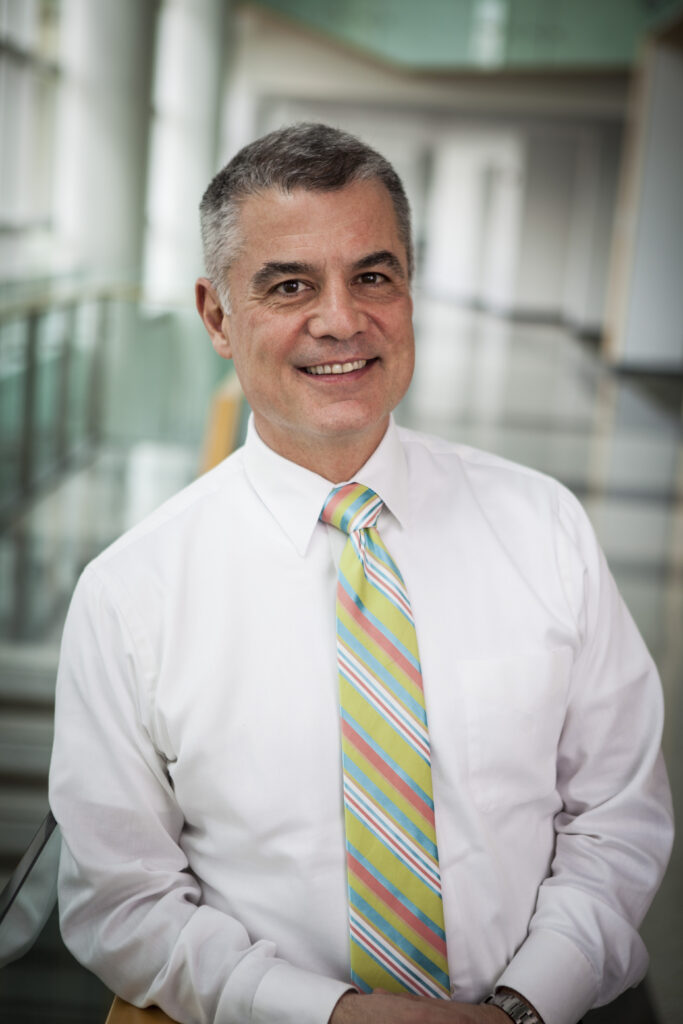 Petros Levounis, MD, MA, serves as professor and chair of the Department of Psychiatry and associate dean for professional development at Rutgers New Jersey Medical School. He is also the chief of service at University Hospital in Newark, New Jersey, and president-elect of the American Psychiatric Association. Dr. Levounis came to Rutgers from Columbia University where he served as director of the Addiction Institute of New York from 2002 to 2013.

Dr. Levounis is a Phi Beta Kappa graduate of Stanford University where he studied chemistry and biophysics before receiving his medical education at Stanford University School of Medicine and the Medical College of Pennsylvania. During medical school, he researched the effects of social class on patient-physician relationships in Oxford, England, and received an MA degree in sociology from Stanford. In 1994, he moved to New York City to train in psychiatry at the New York State Psychiatric Institute of Columbia University. He graduated from Columbia earning the National Institute of Mental Health Outstanding Resident Award and went on to complete his fellowship in addiction psychiatry at New York University.

Dr. Levounis has written numerous articles, monographs, and book chapters; has lectured extensively on addiction topics throughout the United States and abroad; and has been interviewed by CBS, ABC, NBC, CNN, FOX, The Martha Stewart Radio Show, The New York Times, and The Washington Post, among others.

Dr. Levounis has published fourteen books including the self-help paperback “Sober Siblings: How to Help Your Alcoholic Brother or Sister—and Not Lose Yourself,” the textbook of “Substance Dependence and Co-Occurring Psychiatric Disorders,” “Motivational Interviewing for Clinical Practice,” “The Behavioral Addictions,” “Becoming Mindful,” “LGBTQ Mental Health: The Spectrum of Gender and Sexuality,” “Office-Based Buprenorphine Treatment of Opioid Use Disorder,” now in its second edition, and “Technological Addictions.” Dr. Levounis is currently working on the first textbook of Nature Therapy, which is going to be available in 2023. His books have been translated into French, German, Hungarian, Japanese, Portuguese, and Spanish.

CME: The Neurobiology of Addictions in 2023